JOHN YANG: How do you find hope after a horrendous crime? As Maya Trabulsi of public media station KPBS in San Diego us, a group of mothers who lost children to murder have a message for inmates in prison for committing violent crimes.

MAYA TRABULSI: Bevelynn Bravo lost her 21-year-old son seven years ago, killed as he walked out of a friend's house in the City Heights neighborhood of San Diego.

BEVELYNN BRAVO, Mothers With a Message: This is where my son is buried.

MAYA TRABULSI: Her pain as raw now as it was then and during the five years she spent in court, until two men were finally convicted of his murder.

BEVELYNN BRAVO: I went into court crying for the son that I had lost, and I left that courtroom crying for these young people that decided to take my son's life.

MAYA TRABULSI: She used her own tragic story to effect change. Together with other moms of murdered sons and daughters, she formed a group called Mothers With a Message.

BEVELYNN BRAVO: It's a mother's pain. We carry our child for nine months. And when that child is taken at whatever age that may be, something inside of you dies.

MAYA TRABULSI: The women took their grief into the community, hoping to divert teenagers away from crime before more murders took place, but also after, within the correctional system itself.

MAYA TRABULSI: On a recent visit to Centinela State Prison, the Mothers With a Message spoke with inmates, some of whom have been in prison since they were teenagers, and some may never be eligible for parole. Jason Hernandez is serving a sentence of 84 years to life.

MAYA TRABULSI: Antonio Cruz has been in prison since he was 16.

ANTONIO CRUZ, Inmate: I love this class. I know I owe them more than an apology. I owe them my life. I regret ever making such a decision that took what was to me a gang member, was a son to his mother, was a father, was an uncle.

MAYA TRABULSI: The workshops led by Mothers With a Message reach outside prison walls, too.

DENNIS MARTINEZ: I don't care if they're blasted with tattoos, or whatever crime they have committed. If they're willing to change, I was willing to work with them.

MAYA TRABULSI: Once he heard the Mothers With a Message story, he knew he could use it to help offenders entering back into society. 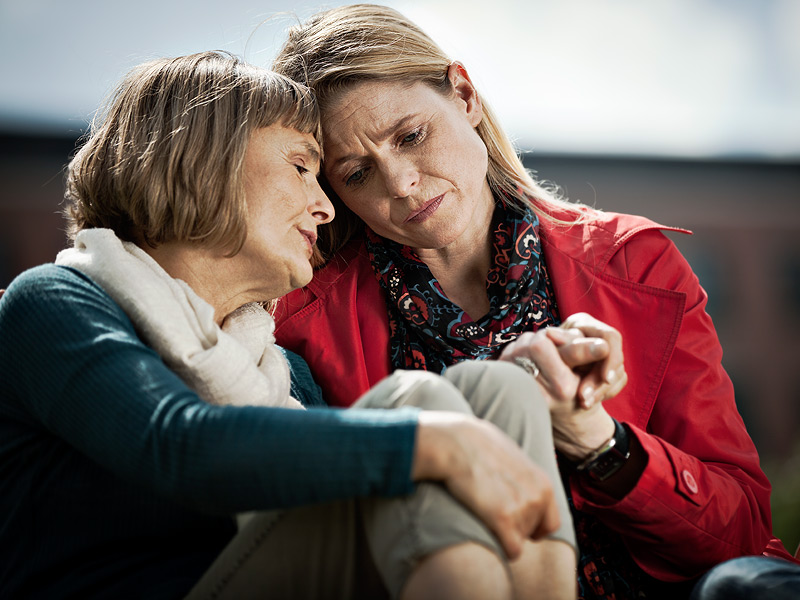 MAYA TRABULSI: He runs a faith-based residential treatment facility called Training Center in San Diego designed to help transition men back to life on the outside.

DENNIS MARTINEZ: You can never go back in time and change what took place, but you sure darn well can change this moment right now and move forward to make sure that it never happens again. And that's my job, is to get these guys prepared to come out. And so I need the right tools to accomplish this. So I'm going to, I need the shotgun blast. And the Mothers With a Message is my shotgun blast.

MAYA TRABULSI: Matthew Conant was 19 when he entered the prison system.

MATTHEW EMCY CONANT, Inmate: I shot and killed somebody. I was arrested, convicted, and sent to prison on a 20-to-life sentence.

MAYA TRABULSI: He served 25 years, mostly in maximum security facilities, before finally earning parole. But he says it took most of that time, and a long list of behavioral infractions, before he would change his mentality, never expecting to be released. He says the mothers, and their message, finally give him a vicarious look at his own victim's family.

MATTHEW EMCY CONANT: And if you're any bit of a human being or have any humanity left in you, when you hear their story, you can't help but realize what you did and despise what you did. And it just changes your remolds your thinking. So, the class is priceless. And put myself in this position where I'm locked in this cage every day.

MAYA TRABULSI: Now, as a free man, Conant, also known by the rapper name Emcy, joins Martinez inside the prisons and at Training Center, testifying how he was rehabilitated from the inside...

MATTHEW EMCY CONANT: The obligation to do what is right while we have a chance to do what's right.

MAYA TRABULSI: ... before he was let out, living evidence of the impact of a mother's message.

BEVELYNN BRAVO: I thought I was going there to see what I could give them, but they actually did something for me, because my heart was in a lot of pain, and they offered me a little bit of peace.